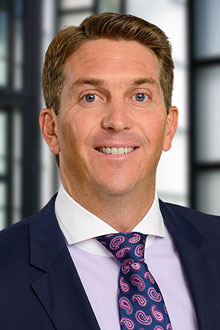 Ian Rainey is a partner in the Denver office of Lewis Brisbois and a member of the Intellectual Property & Technology and Complex Business & Commercial Litigation Practices. Ian is recognized as an expert in his field, having been chosen by his peers as a Colorado Super Lawyer, Rising Star (awarded to top 2.5% of practitioners). Ian’s practice includes litigating a wide variety of intellectual property and commercial litigation matters in federal, state and appellate courts across the country. Ian also counsels clients in all aspects of intellectual property law, including patent prosecution, trademark, trade secret and copyright law and related licensing.

Prior to joining Lewis Brisbois, Ian worked in the intellectual property group at another large national firm. Before that, he clerked for The Honorable John Daniel Dailey on the Colorado Court of Appeals where he assisted in drafting over fifty published and unpublished opinions.

Ian also has an active pro bono practice, with an emphasis in issues related to public education in Colorado. From 2010 to 2012, Ian had the opportunity to work on Lobato v. State of Colorado, a case that the challenged the constitutionality of Colorado’s public school funding system. Ian worked extensively with the litigation team during pretrial discovery, throughout the five-week trial, and post-trial by drafting portions of the finding of facts and conclusions of law. The Colorado Lawyer's Committee awarded the Lobato litigation team the "Team of the Year Award" for its pro bono work.

While in college, Ian was a NCAA Division I baseball player and a former member of a USA Baseball Junior Olympic Team. Away from work, Ian enjoys running, biking, golfing and exploring Colorado’s outdoors.