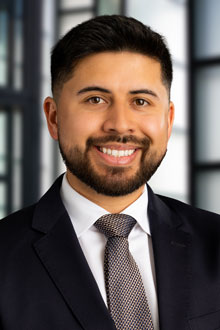 Julian K. Quattlebaum, IV is an associate in the Los Angeles office of Lewis Brisbois and a member of the Intellectual Property & Technology and Complex Business & Commercial Litigation Practices.

Mr. Quattlebaum has experience handling intellectual property and complex commercial litigation matters. For example, in his first role after graduating law school, he authored an amicus brief that was quoted in oral argument before the Ninth Circuit Court of Appeals during en banc review. He subsequently assisted in drafting a winning appellate brief regarding the rights to the storyline of a successful film franchise.

Mr. Quattlebaum graduated from Emory University School of Law in 2019. At Emory, he was a member of Moot Court Society, and the only member to represent the school in three separate competitions, including the National Competition in his third year. He received the Society's award for Excellence in Oral Advocacy and was inducted into the Order of Emory Advocates. He earned his undergraduate degree from The University of Colorado Boulder in 2015, where he majored in Evolutionary Biology.