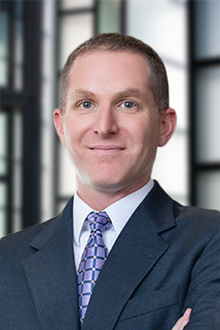 Stefan Palys is a partner in the Washington D.C. office of Lewis Brisbois and a member of the Complex Business & Commercial Litigation Practice. Stefan focuses on business disputes, loan enforcement and lender liability defense, e-discovery, and appeals. He frequently represents both businesses and business owners in contract and tort cases. He also represents clients in cases involving intra-corporate disputes about owners’ rights. He has represented clients before the Ninth Circuit Court of Appeals, the Arizona Court of Appeals, and the Arizona Supreme Court in matters ranging from anti-deficiency/lender liability issues, business tort matters, and a personal jurisdiction challenge. He has extensive experience collecting, obtaining, and analyzing electronically stored information in large-volume e-discovery cases.

Prior to joining Lewis Brisbois, Stefan worked as a business litigator at a national law firm where he represented clients in various business disputes. He also has prior experience as a clerk at the Arizona Court of Appeals, which gives him insight into how cases and arguments are  considered on appeal.

When not working, Stefan is attempting to finish bike races, marathons, and triathlons.