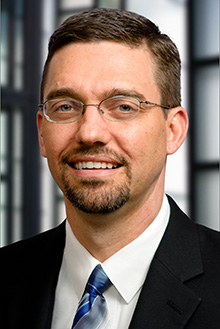 Mr. Obert is a lead trial attorney with experience in numerous jury trials, evidentiary arbitrations, bench trials and other arbitrations. Two of Mr. Obert’s litigated matters were recognized by the WI Law Journal in 2003 as among its “Significant Defense Verdicts.”

In 2013, Mr. Obert successfully prevented a suit accusing a client of selling certain insurance products that were allegedly unsuitable from being sent to FINRA arbitration. After previously stipulating to dismiss claims in state court, the plaintiffs tried to reallege their claims in FINRA arbitration. Mr. Obert convinced the FINRA panel to dismiss the claims on the grounds that FINRA lacked jurisdiction and that the claims had already been released.

Bachelor of Science, with distinction, 1992