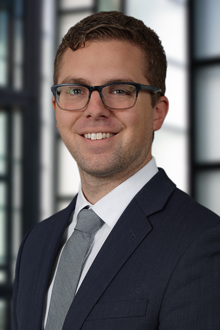 Kevin M. Neslage is an associate in the Miami office of Lewis Brisbois and a member of the Insurance Coverage and Bad Faith Litigation Practices. He dedicates the entirety of his practice to advising insurance companies throughout the country on coverage, claims handling, and bad faith exposure. Kevin counsels clients across a wide variety of liability lines, including commercial, professional, directors and officers, specialty, marine, and cyber. In claims involving insurance coverage litigation, he has successfully represented clients in both state and federal court.

Prior to joining Lewis Brisbois, Kevin worked at two large international firms where he also assisted insurance carriers in the resolution of coverage disputes. While in law school, Kevin interned with Judge William Turnoff of the U.S. District Court for the Southern District of Florida and served as a legal intern at the Securities and Exchange Commission. He was a member of the International and Comparative Law Review, and was recognized as the most outstanding member for the 2015-2016 school year. Kevin was also a member of the International Moot Court team, and he competed in the Competencia Internacional de Arbitraje held in Santiago, Chile in 2015.

Kevin Neslage has worked with Americans for Immigrant Justice to represent an unaccompanied minor seeking special juvenile immigrant status. As part of that process, he was successful in obtaining dependent status for his client.

USDC for the Southern District of Florida

USDC for the Middle District of Florida

University of Miami School of Law