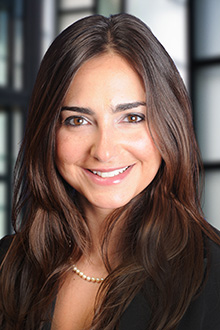 Rachel McClintock is a partner in the Los Angeles office of Lewis Brisbois and a member of the Labor & Employment Practice. She specializes in employment litigation and general employment counseling in the following areas:

Mrs. McClintock has been practicing law since 2005. She began her career doing medical malpractice work in Chicago, Illinois, where she went to law school. In 2008, she moved to Los Angeles and passed the California Bar. She has been working at Lewis Brisbois since December 2008 and has been specializing in the area of Employment and Labor Litigation since 2009. She was made Partner in 2013.

Mrs. McClintock has experience in all aspects of employment litigation including defending employers in matters brought before the Department of Fair Employment and Housing, Equal Employment Opportunity Commission, and Division of Labor Standards and Enforcement. She conducts independent investigations of workplace harassment, discrimination and retaliation, and defends employers through all stages of litigation. Mrs. McClintock has extensive experience in drafting law and motion, responding to discovery, taking and defending depositions, arguing substantive and dispositive motions, and attending and participating in mediations, arbitrations, and trials. Mrs. McClintock has obtained summary judgment awards and defense verdicts in arbitrations and trial.

In 2013, Mrs. McClintock co-arbitrated a case which involved a large employer and five individual respondents and involved claims relating to sexual harassment and constructive termination. She actively participated in arbitration by drafting pre and post hearing briefs and examining several witnesses and respondents at the arbitration hearing. Mrs. McClintock and her Partner successfully defended all of the claims with an award in favor of all respondents. Most recently, in 2016, Mrs. McClintock tried two month-long trials in which her client obtained defense verdicts.

Bachelor of Arts in Psychology, Minor in Business, 2000