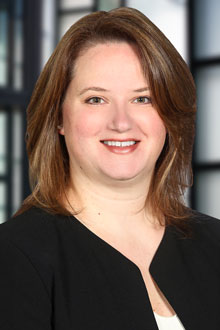 Meredith Mayberry is a partner in the New Orleans office of Lewis Brisbois and a member of the Insurance Coverage Practice. Ms. Mayberry received a Bachelor of Arts degree from Miami University in 1997, and her Juris Doctor from Loyola University New Orleans School of Law in 2001. Ms. Mayberry’s primary practice areas include insurance coverage counseling and litigation, as well as construction and property/casualty litigation.