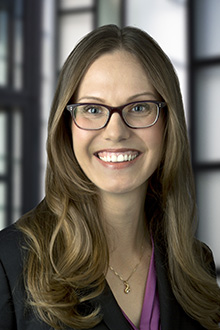 Steffanie Malla is a partner in the San Francisco office of Lewis Brisbois and a member of the General Liability Practice. Ms. Malla is an experienced litigator with a diverse civil litigation practice that includes personal injury, premises liability, automobile, products liability, construction site accidents, assault and battery including sexual assault and battery, landlord/tenant, breach of contract, and fraud.

Ms. Malla has worked on cases during all phases of litigation through trial and appeal in both the state and federal levels. She frequently participates in mediations and settlement conferences prior to trial with favorable results for her clients.

Prior to joining Lewis Brisbios, Ms. Malla began her career as a Law Clerk to Judge Tomar Mason (Ret.) at the San Francisco Superior Court. Thereafter, she served as a Legal Research Attorney to Judge Loretta Giorgi and Judge Harold Kahn at the San Francisco Superior Court. During law school, Ms. Malla served as a Judicial Extern for Chief Magistrate Judge James Larson (Ret.) at the United States District Court for the Northern District of California. She also interned at the United Nations International Criminal Tribunal for the former Yugoslavia.

US District Court for Eastern District of California

US District Court for Central District of California

US Court of Appeals for the Ninth Circuit

Juris Doctor, with Highest Honors, May 2009

University of California at Santa Cruz