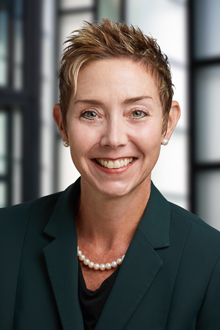 Donna Brecker Maddux is a partner in the Portland office of Lewis Brisbois and a member of the Data Privacy & Cybersecurity Practice. As part of the Lewis Brisbois rapid response team, Ms. Maddux conducts initial assessments of the potential data security incident being faced by clients, including ransomware attacks, business email compromise, and other unauthorized intrusions. She facilitates the forensic and/or remediation services required to contain, analyze, investigate, and remediate the incident. Ms. Maddux assesses the client’s consumer and regulatory notification obligations under applicable state, federal, and international laws, and assists clients with external communications such as consumer or employee notifications, regulatory reporting, and media holding statements.

Ms. Maddux joined Lewis Brisbois from the U.S. Department of Justice, where she served as an Assistant United States Attorney in the Criminal Division of the U.S. Attorney’s Office (USAO) for the District of Oregon for the last eight years. In this role, Ms. Maddux prosecuted a variety of crimes, including wire fraud, healthcare fraud, and money laundering. She regularly managed multi-agency investigative teams and worked closely with the Federal Bureau of Investigation, the Internal Revenue Service, and the U.S. Department of Health and Human Services.

Prior to her tenure with the USAO, Ms. Maddux served as an Assistant Attorney General for the Attorney General’s Office of the Oregon Department of Justice. Over the course of her ten years in this position, she prosecuted white collar and regulatory crimes across Oregon, including Medicaid fraud, while working closely with state regulatory agencies.

In addition to prosecuting crime throughout Oregon, Ms. Maddux currently serves alongside Mr. Hoar as President of the Financial Crimes and Digital Evidence Foundation, a non-profit organization dedicated to providing annual training and networking opportunities to professionals who fight fraud and cybercrime. She is also an executive board member for the Owen M. Panner American Inn of Court, and is a past chair of the Criminal Law Section of the Oregon State Bar.

United States District Court for the District of Oregon