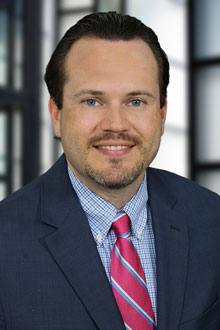 David Luck is a partner in the Miami office of Lewis Brisbois and a vice-chair of the Appellate Practice. David focuses on appeals and appellate trial support in federal court, Florida state court, and various jurisdictions in which he has been admitted pro hac vice. He has argued appeals in the United States Eleventh Circuit Court of Appeals, the Florida Supreme Court, and Florida's District Courts of Appeal.

David has been selected as a finalist for the Miami Daily Business Review's Most Effective Lawyers Award and has been chosen for inclusion as a Florida Super Lawyers Rising Star from 2013-2018.

University of Miami School of Law