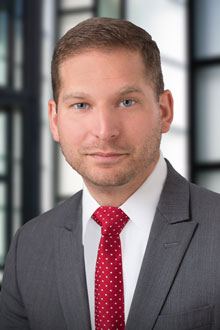 Randy Lopez is an associate in the Houston office of Lewis Brisbois and a member of the Professional Liability Practice.

While in law school, Randy was a member of two national mock trial teams and served as Chairman of the Board of Barristers, an organization comprised of the top 10% of Texas Tech University School of Law student advocates. Before joining Lewis Brisbois, Randy served as an Assistant District Attorney for Hidalgo County where he prosecuted numerous criminal cases to a jury verdict. Subsequently, Randy practiced insurance defense litigation for a South Texas law firm and secured favorable defense results in a historically difficult South Texas venue.

Randy is licensed to practice law in Texas and Louisiana.

The University of Texas at San Antonio