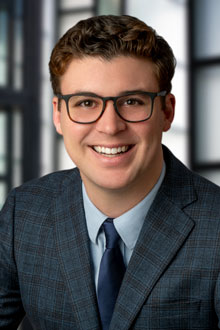 After law school, Scott and his wife moved to Chicago and Scott started to practice in Northwest Indiana. He then obtained his Illinois license and expanded his practice into Chicago and the greater Chicago area.

Scott grew up in Indianapolis. He loves to cook, travel, hike, and snowboard and follows Indiana sports teams, including the Indiana Hoosier's basketball team.