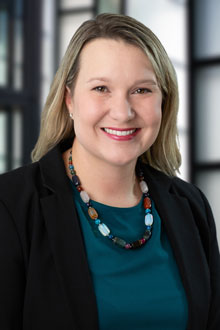 Susan Keller-Garcia is an associate in the New Orleans office of Lewis Brisbois and a member of the Marine & Energy and Asbestos Litigation Practices. She has over 12 years of experience practicing. Ms. Keller-Garcia's work focuses on cases involving marine casualties, pollution response, personal injuries, marine insurance, asbestos premises liability, and international arbitration, as well as marine contract disputes, maritime liens and protection and indemnity defense matters. She has represented vessel owners, charterers, insurers, major cruise lines, oil companies, and other players in the maritime industry servicing the Gulf of Mexico, as well as international trade interests doing business through the Port of New Orleans and beyond, in arbitration, litigation, administrative proceedings, and regulatory investigations.

Ms. Keller-Garcia has extensive experience in immediate casualty/pollution response, shipboard investigations, regulatory investigations, and internal investigations of all types, requiring her to liaise with insurers, crewmembers, government actors, shore-side representatives, and response professionals at all levels. She recently served as the sole legal officer for the OPA 90 Responsible Party within the Incident Command structure in response to a large fuel oil spill in a heavily populated area. She also represented a major oil company in the U.S. government's forensic investigation into a key piece of equipment that led to a catastrophic oil spill.

Ms. Keller-Garcia is uniquely talented in her abilities to work across cultures and to understand highly technical and complex subjects. She has represented corporations operating in Latin America and throughout the world. Recently, she represented one of the largest construction firms in Central America in an $11 million ICC arbitration over the failed construction of a hydroelectric plant in Guatemala pursuant to an EPC contract. Ms. Keller-Garcia was a key member of the arbitration team and excelled in all aspects of the proceeding, from fact investigation in Guatemala, to the preparation of written submissions and witness statements, direction and management of discovery, and the preparation, examination and cross-examination of witnesses in both Spanish and English in the full-length evidentiary hearing. In discovery, Ms. Keller-Garcia uncovered and pieced together bits of evidence to prove that the adverse party bribed public officials in breach of the EPC contract and in violation of the Foreign Corrupt Practices Act, which became the focal point in the client's case.

Ms. Keller-Garcia frequently achieves optimal outcomes for clients through motion practice and beyond. She represented a top Italian fashion house and a supplier of exotic animal skins in a case involving the breach of a contract to supply alligator hatchlings, and won the enforcement of the client's arbitration agreement, forcing the matter from federal court in Miami to arbitration in Milan, Italy. Additionally, she successfully proved that a contract between a major cruise line and a U.S. citizen employee envisaged performance abroad, triggering the application of the New York Convention to shift the case from a jury in a liberal Louisiana state court to a sole arbitrator under the American Arbitration Association Rules. She has won dismissals with prejudice in both state and federal courts.

A Wyoming native raised in St. Louis, Missouri, Ms. Keller-Garcia became fluent in Spanish as an AFS high school exchange student in rural Paraguay. She earned a Bachelor of Arts degree in Latin American Studies from Tulane University/Newcomb College in 2003, and her Juris Doctor and Admiralty Law Certificate from the Tulane University Law School in 2006. She is admitted to practice in all state and federal courts in Louisiana. In addition, she is admitted to practice in the United States Court of Appeals for the Fifth Circuit. Ms. Keller-Garcia is a member of the Louisiana State Bar Association, the New Orleans Bar Association, Maritime Law Association of the United States, and the Women's International Shipping & Trading Association.