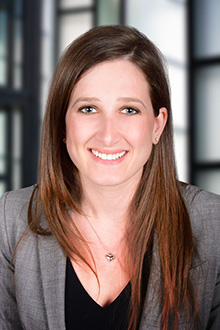 Ashleigh Kasper is a partner in the Los Angeles office of Lewis Brisbois and a member of the Labor & Employment Practice. She has experience defending employers in individual and multi-plaintiff lawsuits and pre-litigation claims for workplace discrimination, harassment, retaliation, wrongful termination, and the like. Ms. Kasper has experience defending employers in wage and hour class actions and PAGA actions. Ms. Kasper provides counseling to employers in personnel matters and assists in drafting policies and procedures. Ms. Kasper also defends individuals and corporate entities against employment and non-employment sexual assault, sexual harassment, and negligence claims.

Ms. Kasper is committed to securing the best results for her clients through aggressive and impassioned advocacy. She has experience with all stages of case management, from pre-litigation investigations and settlement negotiations, to litigating cases through informal resolution, mediation, summary judgment, or trial. Ms. Kasper also has experience with appeals. Ms. Kasper has secured many public victories for her clients.

In 2019, Ms. Kasper was on the defense team that secured a defense verdict in a jury trial on a sexual harassment case brought by an employee against her employer and her co-worker. Ms. Kasper developed a compelling defense for the co-worker, who adamantly denied engaging in any inappropriate conduct. By carefully tracking inconsistencies in the plaintiff’s various statements, Ms. Kasper and the trial team were able to convince the jury of her client’s innocence.

In 2021, Ms. Kasper secured summary judgment in favor of an employer on a disability discrimination and whistleblower retaliation case, just two months before trial and with an eight-figure demand on the table.

In addition to public verdicts and judgments, Ms. Kasper has also secured favorable outcomes for her clients, including confidential settlements and dismissals. Ms. Kasper views each case as unique, and works with her team to develop a strategy which considers the facts, evidence, and the client’s objectives to reach the best result possible.

Ms. Kasper also serves as one of the Firm’s National Editors of Labor & Employment Client Alerts. When not at work, she enjoys spending time with her two corgis.