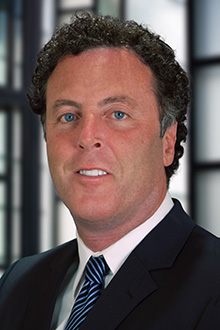 Alan Kaminsky is the Administrative Partner in the New York office of Lewis Brisbois, a co-chair of the firm’s national General Liability Practice, and for the past 12 years has been a member of the firm's Management Committee. He is a premier trial lawyer whose aggressive approach to discovery, deposition, and cross-examination has made him one of New York’s most successful defense attorneys.

Mr. Kaminsky has tried more than 300 cases in his more than three decades of practice. The majority of these cases have involved catastrophic occurrences including wrongful death, sexual assault, traumatic brain injury, and other high exposure matters. Alan has achieved extraordinary results leading to recognition by his peers as one of the top trial attorneys in the Tri-State Area and has tried and consulted on cases across the nation. He has served as national coordinating counsel on high profile cases ranging from the Columbine High School shootings to the Aurora, Colorado theater shootings. Alan consulted for Live Nation in the mass shootings at the Las Vegas concert venue and on behalf of Wal-Mart for the mass shootings in El Paso, Texas. He has extensive experience defending landowners against claims brought by victims of crimes that have occurred on their properties.

Alan obtained a defense verdict in the longest trial in New York County, a nine-month trial wherein he successfully represented the construction manager in a double fatality case involving a collapsing crane. He also obtained a defense verdict in the oldest case in the New York court system involving a multiple fatality bus accident. He regularly defends his clients against claims involving the New York State Labor Law.

Alan's oldest son teaches special needs children. His daughter is an attorney in New York City, and his youngest son is a pitcher with the St. Louis Cardinals.

Webinars and seminars. Alan has also been a guest speaker at dozens of programs presented to insurance carriers and other friends of the firm on topics ranging from defending catastrophic claims to handling excess exposure litigation.