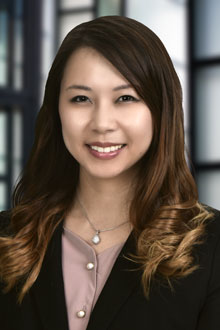 Jennifer Hsiao is an associate in the Los Angeles office of Lewis Brisbois and a member of the Labor & Employment Practice.

Ms. Hsiao has a strong passion and background in social activism, and remains heavily involved in community affairs, including working with the Taipei Economic and Cultural Office to facilitate the growth of cultural and economic resources for Asian American professionals and associations in the United States. Her mission is to build a bridge not only between multi-generational American immigrants, but also between Taiwanese Americans and their government abroad. Most notably among her recent experiences include serving on the executive boards of Taiwanese American Lawyers Association and Taiwanese American Professionals-Los Angeles, as well as co-founding its Orange County chapter.

Ms. Hsiao previously clerked for the United States District Court for the Southern District of California; the United States Attorney’s Office (USAO); the Department of Homeland Security (DHS); and the Public Defender’s Office in San Francisco, Los Angeles, and Riverside.

Bachelor of Arts in Political Science and Minor in Human Rights, 2011