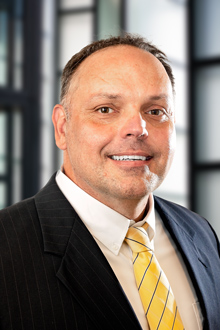 Keith Howell is a partner in the Tampa office of Lewis Brisbois and a member of the Workers’ Compensation Practice.

Prior to joining Lewis Brisbois, Mr. Howell worked at a prominent national law firm where he focused his practice in the areas of workers’ compensation defense, general liability defense and commercial litigation. As a former assistant state attorney in St. Augustine, he is experienced in managing a large case load and in handling all aspects of trial practice, including trials before both jury and the bench.

Mr. Howell previously served in law enforcement for eight years, where he worked as a patrol officer, tactical officer, and undercover narcotics detective. During his time at the Jacksonville Sheriff’s Office, he was assigned cases requiring excellent interview, interrogation and negotiation skills. In this role he maintained a liaison with the State Attorney’s Office and also served as a training officer. Mr. Howell also served for three years as an officer and then detective with the Pensacola Police Department, where he was named City Employee of the Month, and chosen by the Chief of Police to represent the department in Pensacola’s Health Insurance Quality Circle, advising the Mayor and City Council on health and insurance issues.

Fraternal Order of Police, Member and on Board of Directors, 1998–1999

U.S. District Court for the Middle District of Florida