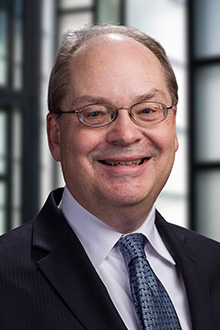 John T. Harding is a partner in the Boston office of Lewis Brisbois Bisgaard & Smith LLP, where he practices in the firm’s Insurance and Bad Faith Group. John’s practice is concentrated in the areas of insurance coverage litigation and advice, reinsurance disputes and arbitrations, and “bad faith” litigation. John has more than twenty-seven years of experience in representing domestic and foreign insurers on a national basis in coverage disputes under CGL, excess, umbrella, commercial property, homeowners, auto and other specialized policies. John’s expertise extends to claims arising out of underlying environmental, asbestos, products, pharmaceutical, medical device, employment discrimination, technology, construction, tort and other liabilities, as well as a broad range of first-party losses John has significant experience in handling reinsurance matters on both the ceding company and reinsurer side. John also has extensive experience in the trial of complex coverage cases to juries and to courts, including a number of multi-phased proceedings. Further, John has handled numerous appeals in state and federal courts throughout the country involving the key legal issues that have been at the forefront of modern coverage litigation. In addition, John has been involved in several Bermuda form arbitrations in London.

In addition to his insurance and reinsurance practice, John has extensive experience in complex business litigation, land use and environmental matters in state and federal courts.

John is the author and editor of numerous insurance related publications. Representative publications include: