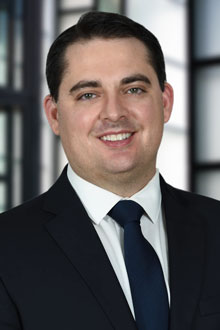 Michael Grimaldi is a partner in the Los Angeles office of Lewis Brisbois and is a senior member of the Class Action & Mass Tort Practice. He specializes in defending all types of class actions and complex/aggregate litigation. His class action decisions include a win at the U.S. Supreme Court in Lamps Plus, Inc. v. Varela, 139 S. Ct. 1407 (2019) regarding class arbitration. Law360 named him a Legal Lion for this “big victory” at the Supreme Court.

Mike routinely defends businesses in class action litigation in federal and state courts around the country. He brings substantial experience to all aspects of class actions with a focus on critical motions seeking the dismissal, opposing class certification, and strategy issues. He has negotiated settlements on highly favorable terms in significant class actions.

Mr. Grimaldi has developed expertise as an appellate lawyer and has argued and briefed numerous matters before various state and federal appellate courts.

Bachelor of Science in Business Administration with a Concentration in Leadership Development; Minor in Law and Society, 2008