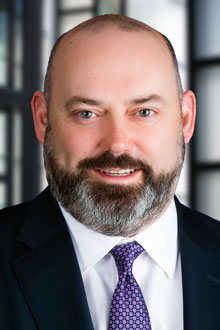 Todd Gray is the managing partner of the Pittsburgh, Pennsylvania office, and also a chair of the Transportation Practice of Lewis Brisbois. He is editor of the firm’s Transportations Law Update. He is licensed to practice in Pennsylvania, Ohio, and Kentucky; however, his practice regularly spans most of the eastern-half of the United States.

He specializes in defending catastrophic injury cases of all types, as well as, other cases with significant exposure in multiple jurisdictions. Mr. Gray’s cases often carry eight and nine-figure exposure, and place him in notoriously unfriendly venues against some of the most successful lawyers in the country. This is not only a testament to his abilities as a trial lawyer, but also demonstrates the level of trust his clients place in him.

However, Mr. Gray began his career successfully defending many healthcare providers sued for malpractice including hospitals, nursing homes, doctors, nurses, respiratory therapists, chiropractors and dentists. He gained tremendous trial experience with these cases. At one point early in his career, Mr. Gray successfully defended back-to-back medical malpractice cases at trial within a 30-day period, where each involved ventilator-dependent quadriplegic plaintiffs.

This type of skill and experience created a demand for Mr. Gray in other areas of the law.