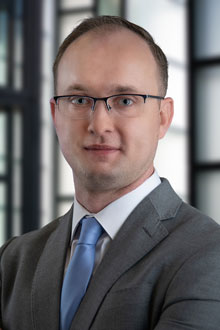 Cody Gomora is an associate in the Dallas office of Lewis Brisbois and a member of the General Liability Practice. Cody came to LBBS from the Tarrant County District Attorney's Office where he represented the State of Texas and victims in numerous jury trials and hearings. Prior to becoming a prosecutor, he was a police officer in Arlington, Texas for four years.

As a police officer, he worked in the Entertainment District which is home to Six Flags, Hurricane Harbor, the Texas Rangers, and the Dallas Cowboys. During his time on patrol, he investigated hundreds of traffic crashes, intoxication related offenses, and various other crimes specific to entertainment-based areas. Cody was also a Texas Commission on Law Enforcement certified instruction. He taught academy courses related to Tourism Based Policing as well as U.S. and Texas Constitutional Law to new recruits.

Bachelor of Arts in Sociology, 2013