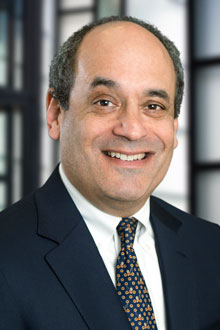 Richard Goldberg is a partner in the Philadelphia office of Lewis Brisbois and a vice chair of the Data Privacy & Cybersecurity Practice. Richard has investigated cyber and intellectual property crimes, and aided victims of those crimes, for over two decades as one of the U.S. Department of Justice’s specially trained cybercrimes prosecutors. While a cybercrime prosecutor, he also served as Chief of many different sections of the U.S. Attorney’s Office in Philadelphia, including Economic Crimes, and as Chief of Trials, supervising the trials of all criminal cases charged by one of the country’s largest federal prosecution offices.

As a member of the Data Privacy & Cybersecurity Practice, Richard manages data privacy and security crises on a daily basis. He has managed all types of digital crises, including international incidents affecting millions of consumers. He also served as a Crisis Management Coordinator for the Department of Justice. In that capacity, he was the chief attorney preparing federal, state, and local agencies for National Special Security Events (major public events of international significance considered by the government to be terrorism targets) and then managing those events. These included the Presidential nominating conventions of both parties and a visit by the Pope to Philadelphia. He has repeatedly been tasked to teach others how to prepare for these events. He has also trained law enforcement agencies nationally on preparation for and response to mass protest.

He has been a point of contact for the FBI, Secret Service, Homeland Security, IRS, and private industry for system intrusions, identity theft, money laundering, intellectual property thefts and other frauds, and digital crime emergencies. He advised these agencies, investigated and tried cases, argued appeals, and organized and directed task forces. His law enforcement efforts and writing have been included in The President’s Identity Theft Task Force Report and U.S. Department of Justice publications.

As a Fulbright Specialist for the U.S. Department of State, he has lectured on cybercrimes in Hong Kong. For many years he has also been an adjunct professor at Villanova Law School, teaching application of the Fourth Amendment to computers and cyberspace, as well as operation of the Stored Communications Act and other constitutional and regulatory frameworks. He has also served as a regular lecturer for the U.S. Department of Justice on high tech crimes, crisis management, and trials at the national prosecutor’s school.

A frequent speaker at national and local conferences, Richard has received numerous accolades from the Department of Justice, FBI, the Secret Service, the Postal Inspectors, and the U.S. Marshals throughout his career.

Prior to his federal service, he served in the Philadelphia District Attorney’s office as the Deputy in charge of the Investigations Division and as a line prosecutor.

Bachelor of Arts in History, with honors, 1980