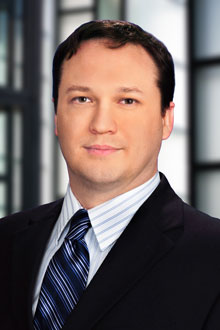 Mike Friend is an associate in the Sacramento office of Lewis Brisbois and a member of the Workers’ Compensation Practice. Mike was born and raised in southwestern Ohio. After graduating from the University of Cincinnati, Mike headed west settling in Las Vegas, Nevada, where he began his legal career as a paralegal with Lewis Brisbois in 2002. While working for the firm, he attended the William S. Boyd School of Law in Las Vegas. Mike earned his Juris Doctor and was admitted to the Nevada State Bar in 2008. Mike worked as an associate in the Medical Malpractice group until 2010, when he transferred to the Worker's Compensation Practice representing insurers, employers, and self-insured employers in workers’ compensation and related issues in Nevada. In 2014, Mike switched sides and spent five years representing injured workers with the Nevada Attorney for Injured Workers.

In 2019, Mike relocated to Northern California for the opportunity to work as a Court Analyst with the San Joaquin Superior Court’s Collaborative Courts. During his two years with the court, he successfully wrote and obtained several federal and state grants used to expand DUI and Drug Court programs, and to implement a Veterans Treatment Court.

In 2021, Mike relocated to Sacramento and returned to Lewis Brisbois, working from the Sacramento office on Nevada workers' compensation claims. In his spare time, Mike is an avid music collector with a passion for new wave music from the ‘80s.