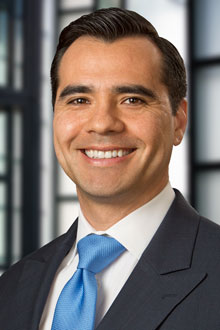 Vincent Fisher is a Partner in the San Francisco office of Lewis Brisbois and a member of the Employment & Labor and Wage & Hour Class Action Practices. His practice focuses on representing and counseling enterprises in employment-related matters, including representing them in all phases and types of employment litigation.

Mr. Fisher has deep experience in defending against collective, class, and representative actions, as well as defending companies in high-exposure, high-profile, and “bet-the-business” cases. His experience has ranged from the defense of high-profile, single-plaintiff cases to the defense of nationwide collective and class actions involving novel questions of federal law. Mr. Fisher has shaped and successfully litigated trial strategies for clients across a variety of industries, including, but not limited to, automotive, banking, construction, healthcare, high-tech, manufacturing, quick-serve food, retail, and transportation.

In addition, companies encountering legal issues arising out of emerging technologies call on Mr. Fisher for advice and defense. In this context, Mr. Fisher represents enterprises layering in artificial intelligence, machine learning, and other emerging technologies, along with companies innovating in the deep-technology ecosystem. As a strategic counselor, Mr. Fisher advises companies on the legal, ethical, and policy issues related to the development and deployment of systems in which AI is implemented. Mr. Fisher is also a litigator for a broad range of AI-augmented enterprises facing legal claims, especially as to claims that involve allegations of algorithmic bias and claims premised on notions of algorithmic accountability and transparency.

Before joining Lewis Brisbois, Mr. Fisher was an attorney at a top-tier international law firm in London, England.

Among his other awards, Mr. Fisher was the recipient of the 2013 Antitrust Prize.

Prior to law school, Mr. Fisher served in the United States Marine Corps. He is a veteran of the 2003 Iraq campaign.

Before joining Lewis Brisbois, Mr. Fisher was an attorney at a top-tier international law firm in London, England.

During law school, Mr. Fisher was a visiting student at the University of Oxford. At Oxford, he received the highest distinction for his work on the legal immunities enjoyed by heads of state under public international law. Upon his return from Oxford, Mr. Fisher interned with the legal team that secured a unanimous victory before the United States Supreme Court in Samantar v. Yousuf, 560 U.S. 305 (2010) (holding that an individual foreign official sued for conduct undertaken in his official capacity is not a “foreign state” entitled to immunity from suit under the Foreign Sovereign Immunities Act).

Mr. Fisher also served as a Judicial Extern for the Honorable Jeffrey S. White of the United States District Court for the Northern District of California in San Francisco, California.

United States District Courts for the Central, Eastern, and Northern Districts of California