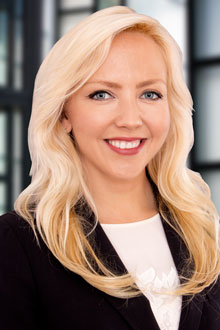 Elisaveta “Leiza” Dolghih is a partner at Lewis Brisbois Bisgaard & Smith LLP, where she handles complex commercial, non-competition, and trade secrets litigation in state and federal courts around the country.

She has extensive courtroom experience, including multiple jury trials, bench trials, and injunction evidentiary hearings, in person and via Zoom.

Leiza is a Co-Chair of Lewis Brisbois’ Trade Secrets Practice Area, and is often called upon by the clients to assist with key employee moves between competitors. She advises clients on the best protection measures for their trade secrets, and, when necessary, litigates trade secrets misappropriation, non-competition, non-solicitation and other claims that are frequently brought when employees move between competing employers.

Leiza has extensive experience in conducting forensic investigations when a theft of intellectual property is suspected or detected, and swiftly obtaining TROs and injunctions to prevent the dissemination or use of such information by departed employees and their new employers. Leiza has also defended many companies, sometimes on just a two-hour notice, against temporary restraining orders and injunctions that unfairly sought to enforce non-competition, non-solicitation or confidentiality agreements.

Leiza has first-chaired multiple evidentiary injunction hearings and has logged hundreds of hours in courtrooms around the country putting on evidence and cross-examining witnesses in trade secrets and non-competition lawsuits, resulting in favorable outcomes for her clients.

Being Board Certified in Labor and Employment by the Texas Board of Legal Specialization – a distinction earned by less than 8% of attorneys in Texas – she has extensive experience representing employers in administrative proceedings, litigation and arbitrations over claims of discrimination, harassment, retaliation, medical leave disputes, FLSA collective actions, breach of employment agreements and other employment disputes. 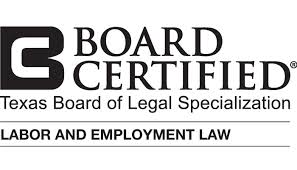