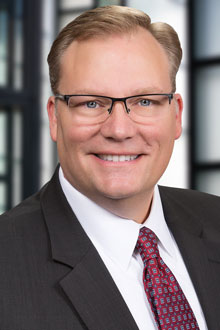 Blake Doerr is a partner in the Las Vegas office of Lewis Brisbois and a member of the Tax and General Liability Practices. Mr. Doerr served as Chief Deputy Director for the Nevada Department of Taxation with primary responsibility for all audit and revenue collection functions for sales and use tax and all other excise taxes administered by the Department. During the 2015 Legislative Session, Mr. Doerr assisted with various Department matters at the state legislature and was responsible for drafting the initial regulations for the legislation ultimately enacted as the Commerce Tax. Prior to that, Mr. Doerr served as Senior Deputy Attorney General for the State of Nevada and represented the Nevada Department of Taxation in various state tax controversy matters including matters related to the taxability of complimentary meals, various matters related to the live entertainment tax including its constitutionality, the taxability of construction contracts and the taxability of direct mail, among others. Within the Attorney General’s Office, Mr. Doerr was part of a team of transactional lawyers who were charged with streamlining the state’s Standard Form Contract for services and developing the state’s Short Form Contract for services under $50,000. Also while serving as Senior Deputy Attorney General, Mr. Doerr represented the Office of the State Treasurer, the State Board of Finance and the Governor's Office of Economic Development in litigation matters including appeals to the Nevada Supreme Court and transactional matters including tax abatement and incentives related to economic development programs as well as acting as issuer's counsel on numerous bond issuance and re-finance transactions. Mr. Doerr has also represented subcontractors in complex construction defect matters and defendants in motor vehicle accidents.

Prior to attending law school, Mr. Doerr worked in food & beverage and table games in casinos in the midwest and Puerto Rico.