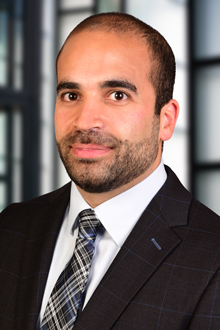 Matthew Cueter is a partner in the New York office of Lewis Brisbois and a member of the General Liability Practice. Mr. Cueter focuses his practice in the areas of construction defect, premises liability, product liability, and labor law litigation.

Notable cases Matthew has handled include an alleged $100 million dollar property damage loss at a housing complex that was claimed to have been riddled with water leaks and allegedly had numerous other problems. Lewis Brisbois was asked to appear in the case and defend the window installer after nearly eight years of litigation had already taken place. Its prior counsel had been disbarred several years before Lewis Brisbois became involved in the case. Eventually a favorable settlement was negotiated at a significant discount to the client.

Matthew also recently defended a property owner in a wrongful death action involving a fire. Plaintiff claimed that defective wiring caused the subject fire and pointed to an alleged building code violation. Plaintiff sought several million dollars. Matthew successfully argued to the Supreme Court judge that the fire was not the result of defective wiring in the apartment and that there was no evidence of negligence by the defendant property owner. Plaintiff attempted to make this case a battle of experts. The defendants were able to convince the judge that plaintiff’s experts’ opinions were conclusory, speculative and could not be relied upon. Plaintiff then appealed the decision to the Appellate Division, Second Department. Again, we were successful in beating back plaintiff’s claims. The Court of Appeals declined to grant leave to appeal.

In a premises matter involving a slip and fall on ice, Matthew convinced the Appellate Division, First Department to reverse a Supreme Court judge’s ruling that the landlord of a space was entitled to conditional contractual indemnification. Our client was the tenant of the space charged with the responsibility to keep the sidewalk free and clear of snow and ice. Matthew convinced the Appellate Division that the landlord of the space never met its prima facie case for entitlement to summary judgment because it did not show that melting snow and ice from an awning the landlord retained control over did not contribute to the subject incident. The case eventually settled for a reasonable amount, with a significant contribution from the landlord of the space.

U.S. District Court for the Southern District of New York

CALI excellence for the future award in international environmental law