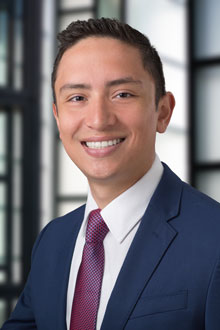 Anthony is an associate in the Houston office of Lewis Brisbois and a member of the General Liability Practice.

During law school, Mr. Cruz interned with the Galveston District Attorney's Office and a mass torts law firm. He also clerked for the Honorable Vanessa Gilmore on the United States District Court for the Southern District of Texas.

The University of Texas at Austin