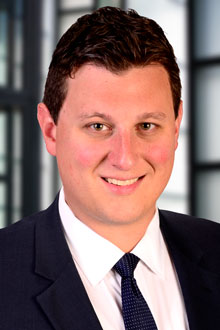 Adam E. Collyer is a partner in the New York office of Lewis Brisbois and a member of the Labor & Employment Practice. He is an experienced litigator and counselor, representing businesses in labor and employment matters including those involving discrimination, retaliation and harassment, and wage and hour violations. In that capacity, Mr. Collyer has tried cases and appeared on behalf of clients in both federal and state court, as well as in arbitration and proceedings before administrative agencies such as the National Labor Relations Board, the New York State Department of Labor, the Occupational Safety and Health Administration, the New York State Division of Human Rights, and the New York City Commission on Human Rights. Mr. Collyer also assists clients with proactive solutions to their compliance obligations under federal, state, and local laws, and advises them on employment agreements, severance packages, and restrictive covenants.

Mr. Collyer also maintains an extensive franchise practice, representing franchisors in litigation and arbitration in disputes with franchisees over the terms and conditions of the franchise relationship. He also counsels franchisors on the intersection between legal compliance and their internal operations.

In January 2015, Mr. Collyer was appointed to the faculty of Seton Hall University School of Law as an adjunct professor, where he conducts a weekly seminar and supervises second and third year law students in clinical representation of pro-se litigants in the United States District Court for the Southern District of New York. The clinic, The S.D.N.Y. Representation in Mediation and Settlement Conference Practicum, has been recognized by the New Jersey General Assembly and the Chief Judge of the Southern District of New York for its invaluable contribution to the legal community. Mr. Collyer has also guest lectured on negotiation and mediation at Georgetown University Law Center and Fordham University School of Law, and serves as the New York Executive Editor on the Labor & Employment Practice’s Client Alert Editorial Board.

Prior to joining Lewis Brisbois, Mr. Collyer was an associate in the employment group of another national firm in its New York City office and served the City of New York as an Assistant Corporation Counsel, where he was recognized as the Legal Rookie of the Year. He is a graduate of Penn State University and New York Law School. Mr. Collyer is also a published sportswriter, having written features for pre-season college football publications, and has appeared as a correspondent on national cable television during the trial of former Penn State assistant football coach Jerry Sandusky.