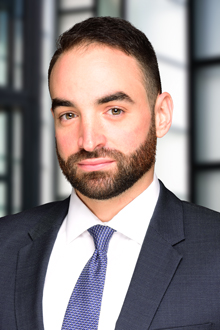 Devin S. Cohen is an associate in the New York office of Lewis Brisbois and a member of the Labor & Employment Practice. He represents businesses in a variety of labor and employment matters, including discrimination, retaliation and harassment claims, trade secrets and non-compete disputes, and wage and hour disputes.

Prior to joining Lewis Brisbois, Devin served as an Assistant Corporation Counsel with the New York City Law Department, Office of the Corporation Counsel. Devin worked in the Labor and Employment law division where he defended the City of New York, its agencies, and employees in labor and employment matters in both federal and state court. He also represented municipal agencies in administrative proceedings. In addition, Devin worked in the Office of the Corporation Counsel’s Special Litigation Unit where he handled litigation of high exposure tort claims, many concerning catastrophic injury, against the City of New York. He has extensive experience in defense of matters including §1983 civil rights claims, negligent supervision, premises liability, and other complex actions brought against a wide spectrum of New York City agencies. Devin has also served as a first-chair and second-chair in multiple jury trials. Devin received a Division Chief Award from the New York City Law Department in 2019 for his performance in the City’s Special Litigation Unit.

Devin earned his Juris Doctor from St. John’s University School of Law, where he was a member of the Journal of Civil Rights and Economic Development. While in law school Devin worked in the Securities Arbitration Clinic. In addition, Devin was an extern for the Nassau County District Attorney’s Office. After his first year of law school, Devin was a judicial intern for the Honorable James P. McCormack in Nassau County Supreme Court.