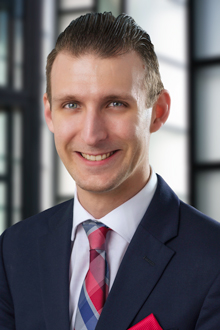 Charles Cicero III is an associate in the New Orleans office of Lewis Brisbois and a member of the General Liability Practice. He is a graduate of Case Western Reserve University, and Cleveland-Marshall College of Law at Cleveland State University. Upon graduating, Charles operated a solo practice in Cleveland, Ohio before fulfilling a long time dream to move to and practice in Louisiana. Charles has over twenty years of experience in the construction industry, dealing directly with first party property claims, and he leverages this experience to deliver clients the highest quality representation. Charles has also advised political campaigns and consultants regarding compliance with State and Federal campaign finance laws.

He is admitted to practice in all Louisiana and Ohio State Courts, the United States District Courts for the Eastern and Western Districts of Louisiana, as well as the United States Tax Court. Currently, he is a member of the Louisiana State Bar Association, the Ohio State Bar Association, and an officer in his local Knights of Columbus Council and Assembly.