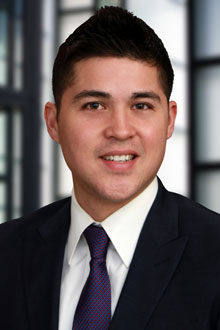 Christopher Choi is an associate in the Sacramento office of Lewis Brisbois and a member of the Healthcare, Medical Malpractice, and Long-Term Care & Elder Law Practices.

Mr. Choi received a B.S. in Political Science from San Jose State University, and attended the evening program at McGeorge School of Law while gaining valuable legal experience at a private civil litigation firm at the same time. He was admitted to the California Bar Association in January, 2016.

Secured 10-2 jury verdict for the defense in a medical malpractice case on behalf of The Regents of the University of California during a two-week, in-person trial. Plaintiff alleged inappropriate follow-up by physicians at UC Davis Medical Center following a breast cancer diagnosis and surgery without complication, even though she did not return for additional recommended chemotherapy. Plaintiff claimed seven figures in past medical expenses, and a similar amount in future special damages, plus pain and suffering.