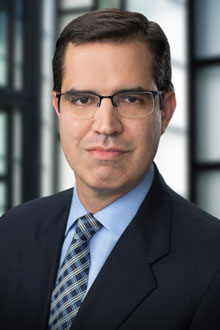 Jason H. Casell is a partner in the Houston office of Lewis Brisbois and a member of the Complex Business & Commercial Litigation and Labor & Employment Practices. He is an experienced attorney who focuses his practice on the defense of corporations in commercial and labor and employment litigation. He also has significant experience in the defense of healthcare, mass torts, and products liability matters in state and federal courts throughout the country.

Jason has served as an integral member of trial teams in cases involving complex legal, medical, and scientific issues. His experience includes representing the manufacturer of hernia and pelvic mesh products in lawsuits alleging post-implant injuries, defending a leading pharmaceutical company in mass tort litigation alleging systemic injuries from medication, and securing a jury verdict of no liability against an Indian steel manufacturer sued for more than $35 million in damages resulting from the alleged failure of a portion of a hydraulic fracturing well.

Jason also has represented companies in investigations conducted by the U.S. Department of Justice, the Securities and Exchange Commission, and numerous state agencies and regulators.

Jason is active in the Houston community. He serves as First Vice Chair of the Board of Directors of Main Street Theater, which produces classic and contemporary plays for adults and literary-based theater and education programs for youth. He is a Leadership Houston Class XXXV Fellow.

U.S. District Court for the Northern, Southern, Eastern, and Western Districts of Texas

U.S. District Court for the Southern and Eastern Districts of New York