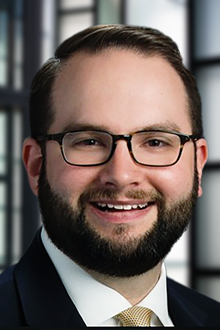 David J. Carrier is a partner in the Minneapolis office of Lewis Brisbois and member of the Products Liability, Complex Business & Commercial Litigation, and Labor & Employment Practices.

David's singular goal as a litigator is to protect the most important parts of his clients' business—their products and customers, their employees and trade secrets, and the threat to their bottom line from high-exposure class actions.

Specifically, David currently serves as lead defense counsel in the class actions of Bayne et al. v. Target Corp., No. 21-cv-05938 (S.D.N.Y.) and Delamarter et al. v. Supercuts, Inc., No. 19-cv-03158 (D. Minn.). David was also recently part of a team that obtained dismissals of two putative environmental class actions for a that is a global leader in chemical manufacturing in cases concerning healthcare workers’ exposure to cleaning products manufactured by our client. He is also part of a team that is defending the same client against 74 consolidated cases in the District of Minnesota raising similar claims.

David represents clients seeking to protect their trade secrets and enforce their non-compete agreements with former employees. David also defends clients who are being investigated by state and federal governments and counsels them on liability under the False Claims Act.