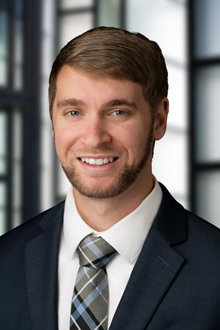 Benjamin Burton is an associate in the Baltimore office of Lewis Brisbois and a member of the Professional Liability Practice. Benjamin joined Lewis Brisbois in March 2020, after completing a clerkship with Magistrates Susan Marzetta and Lori Eisner in the Circuit Court for Baltimore City. Benjamin received his Bachelor of Science in Business Management and a minor in Entrepreneurship from the University of Baltimore in 2015. After obtaining his undergraduate degree, Benjamin attended the University of Baltimore School of Law, where he received his Juris Doctor in May 2018. During law school, Benjamin participated in the Human Trafficking Prevention Project Clinic where he diligently represented victims of human trafficking. Benjamin is admitted to practice in the State of Maryland.

University of Baltimore School of Law