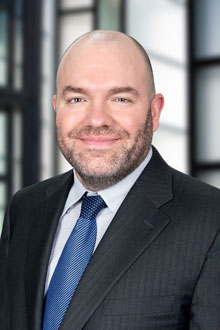 Russell Boyd is an associate in the Las Vegas office of Lewis Brisbois and a member of the General Liability Practice. An avid coder and former streamer, Mr. Boyd is knowledgeable about many aspects of technology including esports, cryptocurrency, data privacy, and domain names. He has experience in ACPA litigation and WIPO actions.

As a child prodigy, Mr. Boyd started college at 12 years old and received his AA with honors at 13, becoming the youngest inductee into the Phi Theta Kappa Honor Society. Mr. Boyd went on to attend Missouri University, where he worked as a law clerk helping to research Professor Abrams' Children and the Law textbook. Mr. Boyd went on to graduate with his law degree at 18.

After law school, Mr. Boyd entered the world of professional poker. He competed at the highest levels of the game, was featured in Rolling Stone magazine, and appeared regularly on ESPN. Mr. Boyd earned more than $3 million in tournament earnings over his poker career, finishing in eight World Series of Poker final tables and winning three coveted WSOP bracelets. He worked as a guest host on the Heartland Poker Tour, and also worked as a poker dealer at multiple Las Vegas casinos.

As a veteran high stakes poker player, Mr. Boyd is an expert in game theory and risk management. He thrives in high pressure situations and loves to find creative solutions to complex problems. When he is not working, Mr. Boyd volunteers his time with poker and gaming charities such as Ante Up for Autism, the Charity Series of Poker, and Extra Life. He is the author of the book Poker Tilt. He enjoys playing boardgames with his partner Michele and making discoveries with his son Kurt.