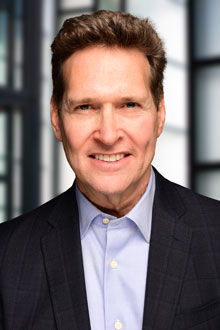 Steven Beer is a partner in the New York office of Lewis Brisbois and a National Chair of the firm’s Entertainment, Media & Sports Practice. Steven concentrates his practice on film, television, and music matters. He represents industry-leading film, television, and music companies and has acted as counsel to numerous award-winning writers, directors, producers, and multi-platinum musical artists. Steven regularly negotiates rights deals for film and television projects.

Steven has been listed annually in Super Lawyers New York Metro edition. Research and Markets listed him as one of the top lawyers in Entertainment Law, Settlements, and Negotiations. The Wrap online magazine cited Steven as one of “21 Great Thinkers of Indie Film.”

He also frequently writes and lectures about film finance, production and distribution, as well as music issues and matters related to young artists. Steven co-authors the Legal FAQ column for Documentary Magazine, published by the International Documentary Association. Allworth Press published Your Child’s Career in Music and Entertainment: The Prudent Parent’s Guide in 2015. In 2012, his article “The New Renaissance Paradigm - A Break-through Time For Artists” was published in the inaugural edition of the Berkeley Entertainment Law Journal and his article “Life After Sundance: Distribution and Marketing for the 99 Percent” was published in Indiewire.

Steven serves as an executive trustee to the City Parks Foundation and is co-chair of the Arts Committee responsible for SummerStage, NYC’s largest free performing arts festival. He also plays ice hockey in his spare time.