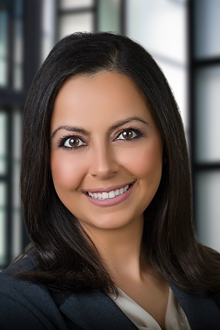 Ms. Avagyan has extensive experience in civil litigation, taking and defending numerous depositions, conducting independent investigations of claims brought against employers and entities, drafting and arguing, as well as defeating, various motions, including anti-SLAPP motions and motions for summary judgment and/or adjudication, and discovery motions. She has also tried cases on her own in bench trials and has obtained verdicts in her clients’ favor.

Her practice has included litigation at all stages, from pre-filing to post-judgment.

Ms. Avagyan has been licensed to practice law in California since 2013 and practices in state and federal court. She is admitted to the United States District Court for the Central District of California. Ms. Avagyan also has extensive experience with employment law matters in the arbitration forum.

Ms. Avagyan graduated from UC Berkeley with Honors and a Distinction in General Scholarship. She was awarded "UC Berkeley Honors to Date" each semester while at UC Berkeley. She was a member of Golden Key International Honour Society and Pi Sigma Alpha, a national Political Science Honors Fraternity.

While at California Western School of Law, Ms. Avagyan was on the Dean's List and was awarded the Dean's Merit Scholarship. She received an Academic Achievement Award for attaining the highest grade in Legal Skills II. She also received the second highest grade in the Legal Drafting course and received one of the highest grades in her class in Advanced Legal Research and Sports Law. She was a member of the Moot Court Honors Board and an Appellate Committee member.

Bachelor of Arts, double major in Political Science and Social Welfare, with Honors, and Distinction in General Scholarship, 2006