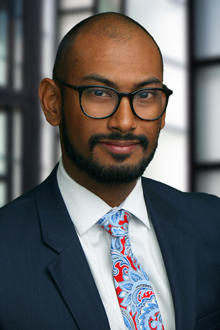 Omar M. Aniff is an associate in the Los Angeles office of Lewis Brisbois and a member of the Labor & Employment Practice.

Omar received a B.A. in Political Science from the University of California, San Diego. He received his Juris Doctor from Boston University School of Law, where he also served as the Administrative Editor of the American Journal of Law and Medicine.

Omar was admitted to the California Bar in 2017. He is also admitted to practice before the Northern, Eastern, and Central Districts of California.