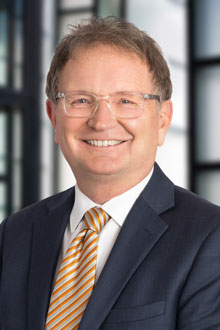 Randy Aliment is a partner in the Seattle office of Lewis Brisbois with a broad-based practice focused on commercial litigation and the higher education and sports industries. He conducts internal investigations for universities in anticipation of potential government or other legal exposure. He has represented universities in arbitrations related to admissions, governance, and their relationships with teaching locations and partner institutions outside of the U.S. He also serves as General Counsel for the Northwest Commission on Colleges and Universities, one of seven regional organizations recognized by the U.S. Department of Education to accredit postsecondary institutions.

Mr. Aliment has extensive experience representing foreign clients in US litigation and overseeing foreign litigation and commercial transactions for U.S. clients (in China, Japan, Canada, Europe, and the Middle East). He is a Foreign Consultant to Duan & Duan, the first privately licensed Chinese law firm, with offices in several cities in China. A lifelong sports fan, Mr. Aliment represents several organizations and individuals in the sports and entertainment industries. He has represented several NBA play-by-play announcers, dealt extensively with sporting events at venues located at tribal casinos, and is a member of the Board of Directors of USA Bobsled/Skeleton, Inc. (USABS).

In 2012, he served as Chair of the 25,000-member Tort Trial and Insurance Practice Section of the American Bar Association. In 2013, he was elected to the Executive Committee of the Union Internationale des Avocats headquartered in Paris, France. He joined former Governor Christine Gregoire in September 2010 and Governor Jay Inslee in November 2013 on their trade missions to China. In 2014, Mr. Aliment served as editor and co-author of an eBook, “Invest Washington,” that has been translated into Chinese.

Mr. Aliment has repeatedly been recognized as an outstanding Pacific Northwest lawyer, including: Best Lawyers in America, 2013 – present; and Who’s Who of International Business Lawyers, 2011 – present. In 2012, he was named recipient of the University of Puget Sound’s Distinguished Alumni Professional Achievement Award. Mr. Aliment’s Martindale-Hubbell rating is “AV Preeminent.”

Several published articles and papers in US, Asia, and Europe over the years including:

Several presentations in US, Asia, and Europe over the years including:

Bachelor of Arts, with honors