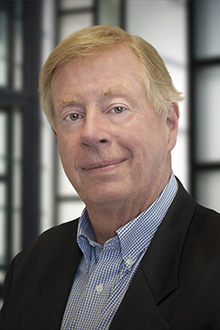 Samuel Alhadeff is a partner in the Temecula office of Lewis Brisbois and is vice-chair of the Real Estate & Land Use and Government Relations Practices. As such, he coordinates with other attorneys within the firm in a team approach to issues involving representation for public agencies in California. Mr. Alhadeff has represented a number of interests in his 43 year career. For example, while now specializing in governmental affairs, representation before public agencies involving real estate, land use, construction and business law, he has also represented a number of other interests throughout the years. As an example, he has represented the American Tuna Boat Association in maritime and fishing matters. He has represented numerous public companies in business matters involving both real estate and operations. Finally, he has also represented a number of winery and liquor interests throughout the country.

Mr. Alhadeff started his career by working with Caltrans on eminent domain and inverse condemnation matters as a trial attorney. For a number of years, Mr. Alhadeff served as counsel to the development of Rancho California a 91,000 acre master plan project. In working with that project, he represented a number of lenders and insurance companies. Throughout the years, he has also worked with REITS in developing large commercial projects.

He was also asked to serve as contract City Attorney for a City in Southern California and did so for a period of six years. He has represented various cities and public entities in San Diego, Riverside, and Orange County. In the last few years, he has participated in working with conservation organizations in negotiating and closing property sales for conservation. In the last three years, Mr. Alhadeff has assisted in the entitlement of residential and commercial projects in California worth several billions of dollars.

Mr. Alhadeff has lectured the State Bar in construction law and has also lectured for the American Institute of Appraisers with regard to appraisal of various property interests.

Admitted in California only. Not licensed in Tennessee. Tennessee admission pending.