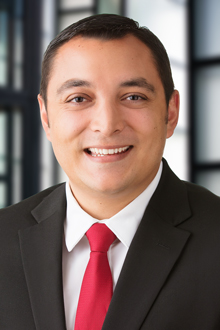 Ryan Alba is an associate in the Salt Lake City office of Lewis Brisbois and a member of the General Liability Practice.

Ryan earned his Juris Doctor from the S.J. Quinney College of Law at the University of Utah. While in law school, Ryan was very involved in moot court and appellate practice. Ryan participated in and won Top Oralist in the Traynor Moot Court Competition. As a member of the S.J. Quinney National Moot Court Team, Ryan and his team finished as Regional Semi-Finalists in the 2020 ABA Moot Court Competition. During his final semester of law school, Ryan served as a Judicial Extern for the Honorable Justice Constandinos ("Deno") Himonas of the Utah Supreme Court. In addition to his Juris Doctor, Ryan earned certificates in both Criminal Law and Litigation and Dispute Resolution.

Outside the office, Ryan enjoys spending time with his family and out on the golf course.