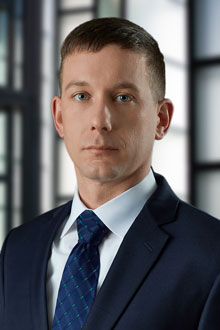 Matthew D. Adkins is an associate in the Savannah office of Lewis Brisbois and a member of the General Liability Practice. He began in general practice with a focus on Military Justice and criminal law where he has tried several cases to verdict. Matthew has experience handling Products Liability, § 1983 litigation, Military Courts-Martial, Landlord-Tenant actions, and Personal Injury matters.

United States District Court for the District of South Carolina

Court of Appeals for the Armed Forces (CAAF)